From the Hannam bridge to the mouth of the Jungnang Stream (a stretch of about 1.7km) there were massed 14800Common Pochard and 4600 Tufted Duck. Unfortunately they were flushed by an speedboat, although the sound and sight of thousands of wildfowl taking flight was quite something. While counting I also noticed the pureFerruginous Duck, three Greater Scaup and 32 Smew.

Best for the day of course, good but distant views of the apparently pure drake Baer’s Pochard, which displayed to surrounding ducks by suddenly flexing its neck and repeatedly arching it backwards, like a bow being drawn. 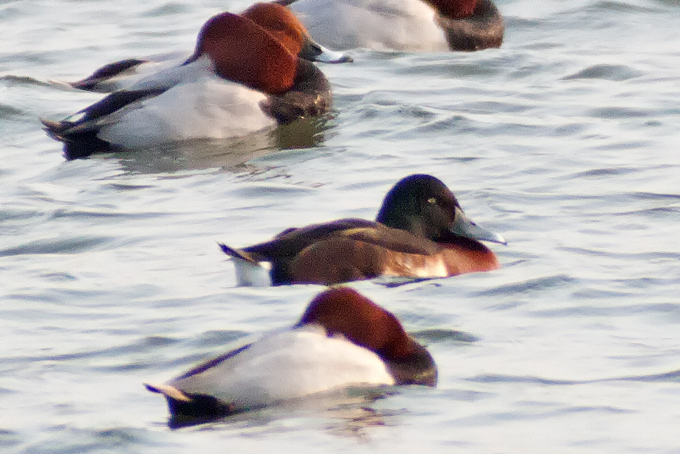 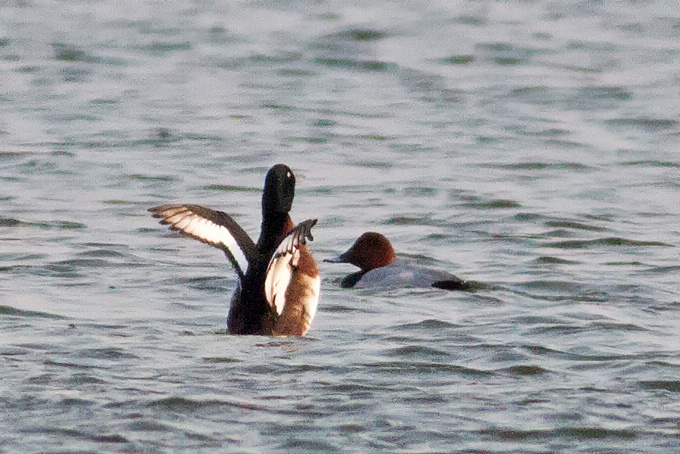