The last few days have made for some very exciting birding here in the Southeast. On Monday the 29th, I returned to Hwapo Cheon and spent most of the day quietly watching and working through a very large flock of geese (containing between 3,400 and 3,700 birds, with the vast majority Taiga Bean and Greater White-fronted Goose, with perhaps 10-20 Tundra Bean Goose also mixed in, along with several Korean Water Deer!). Many of these geese showed quite a bit of variation (size, structure and plumage), especially the Greater White-fronted Geese. Finding a Lesser required more than searching out a cute, golden eye-ringed grey goose because many of the GWF also share these features. The combination of these characteristics with the Lesser’s unique bill shape, size, and color were an easier way to distinguish between the two species. I took quite a few images that will be included in a later follow-up blog post. 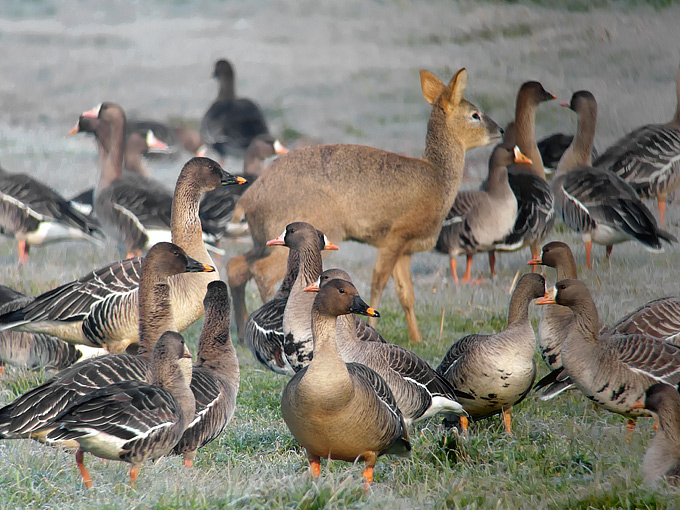 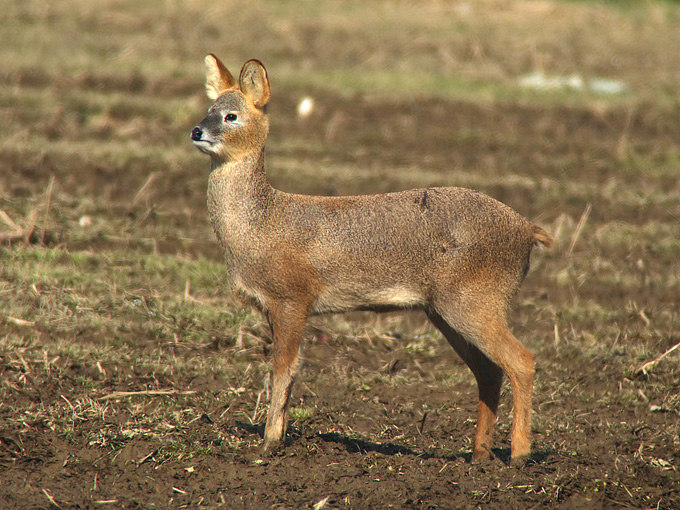 On Tuesday the 30th, I was joined by Dr. Nial Moores [NM]. We started off the morning in some “relict wetland” near to the main barrage, and then looking at gulls and other birds in the Nakdong Estuary. We then went on to Hwapo and finished at Junam. The total number of species for the day was 96. Here are some of the highlights from the 30th, in order of observation (with all of NM’s images below taken with a hand-held compact digital camera through a really superb Swarovski scope): 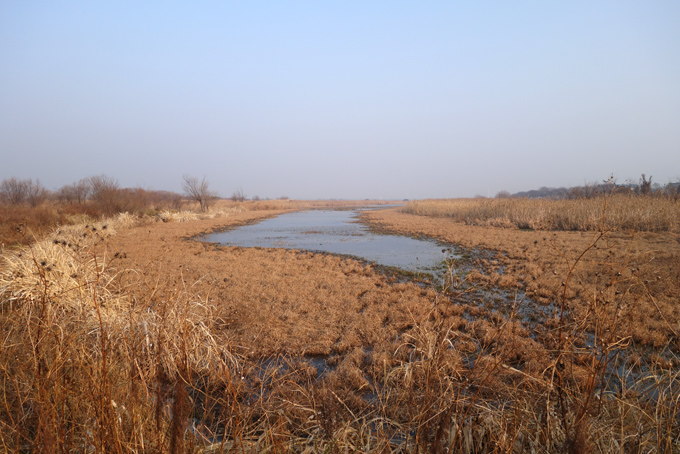 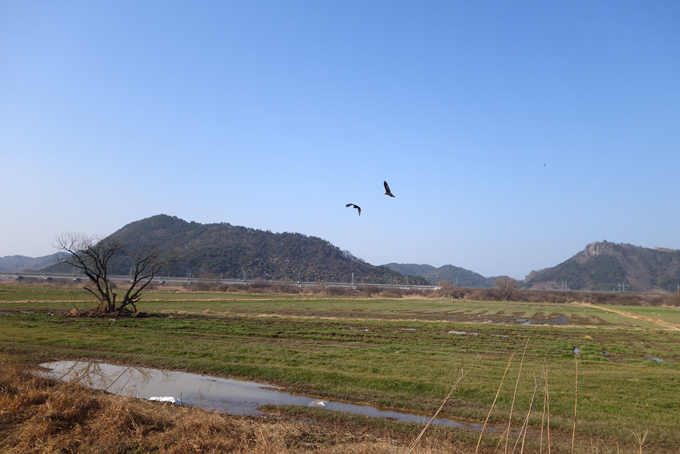 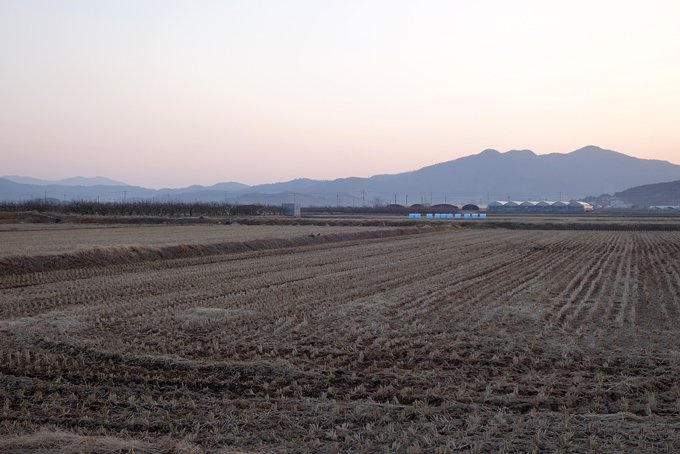 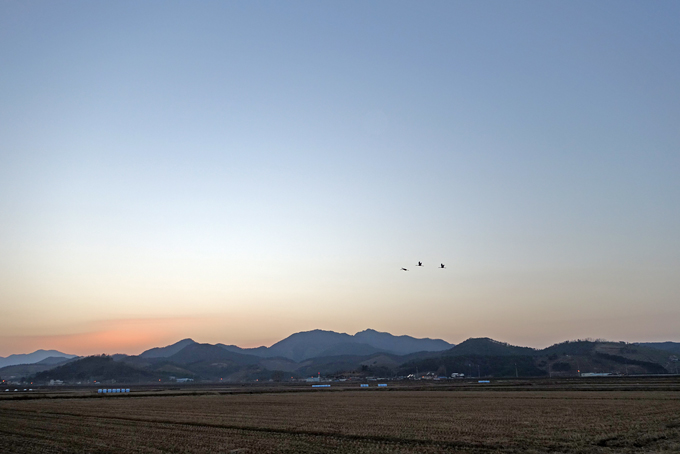 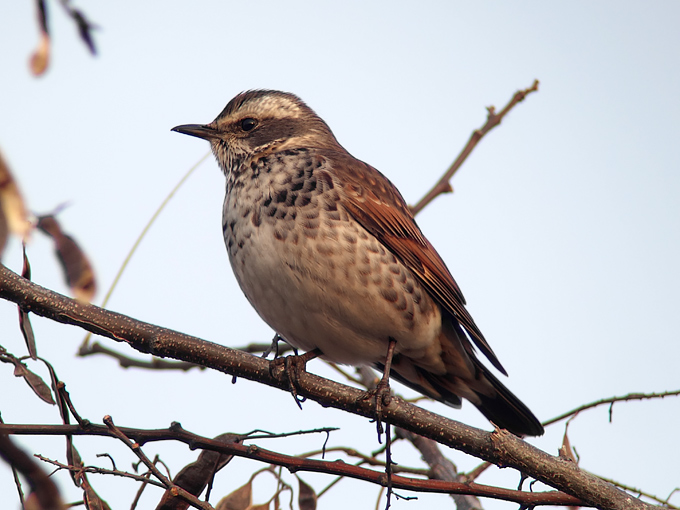 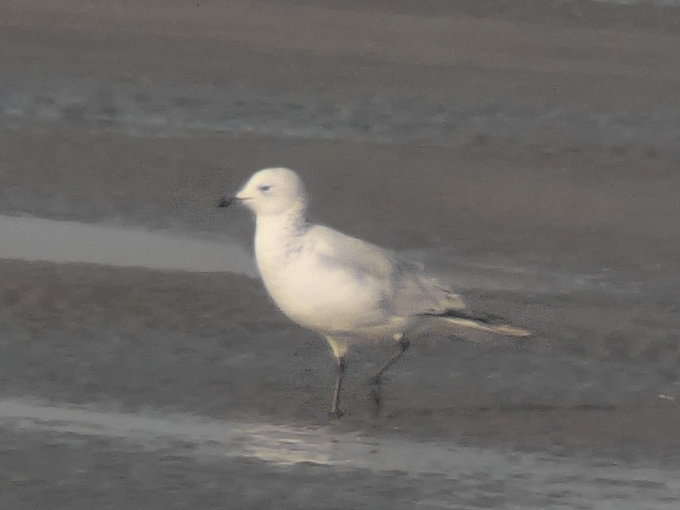 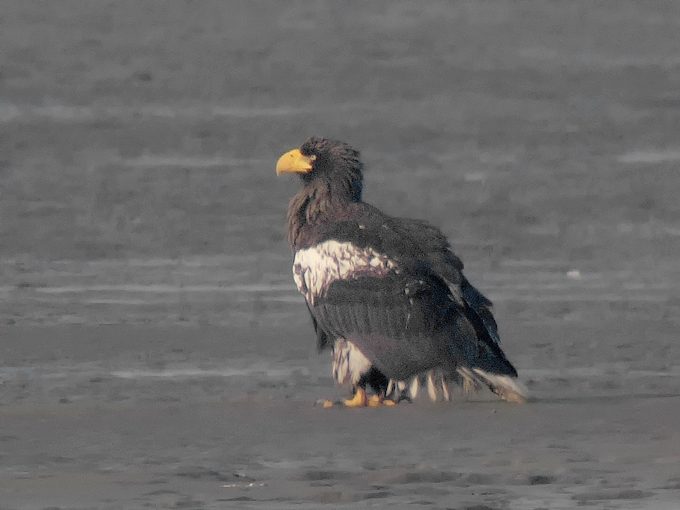 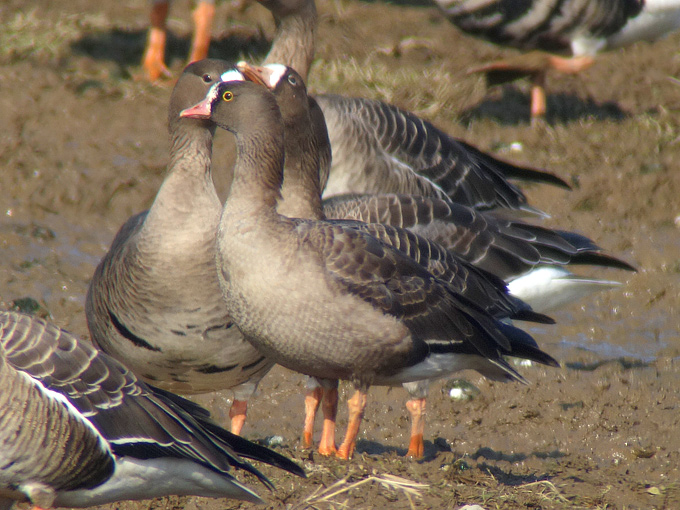 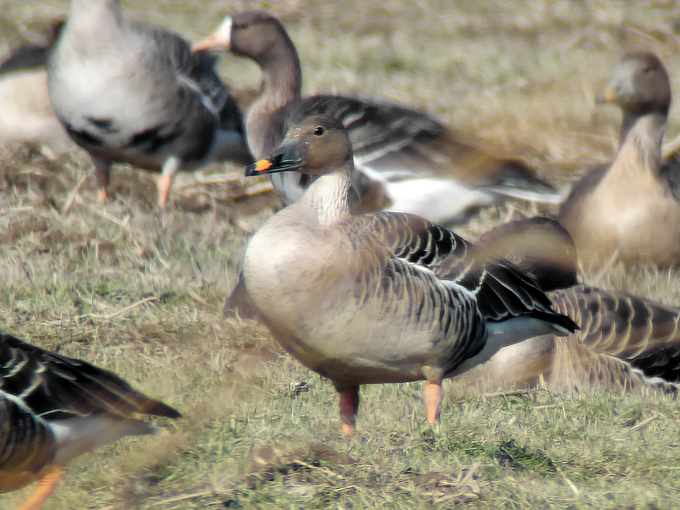 Taiga Bean Goose Anser fabalis, © Nial Moores
NM: This bird had a strikingly thin, long-looking bill and looked much smaller-headed and flatter-headed than the “typical”middendorffii near to it . Although perhaps only an extreme-end middendorffii, it also was much paler-necked and perhaps had paler fringes to the upperparts than most of the other Taiga Beans. 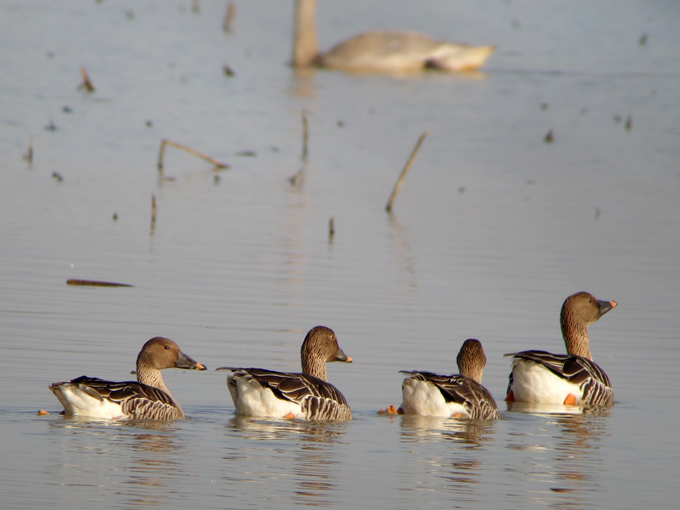 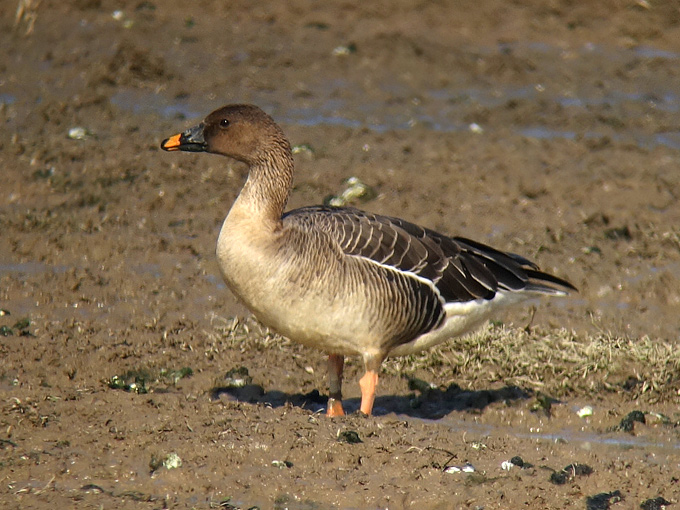 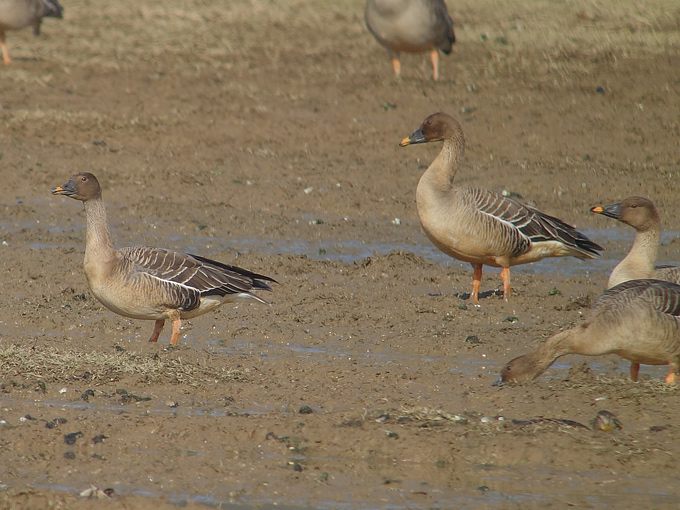 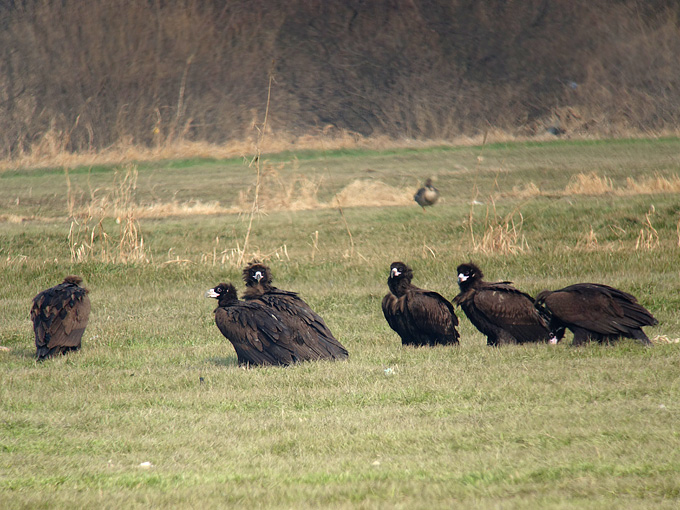 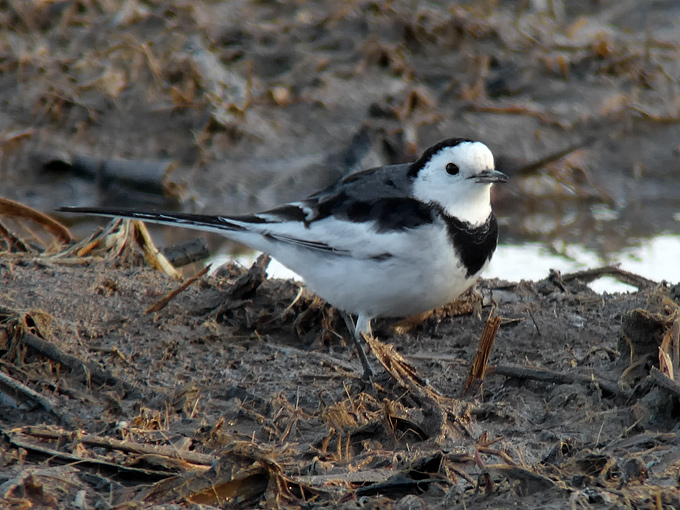 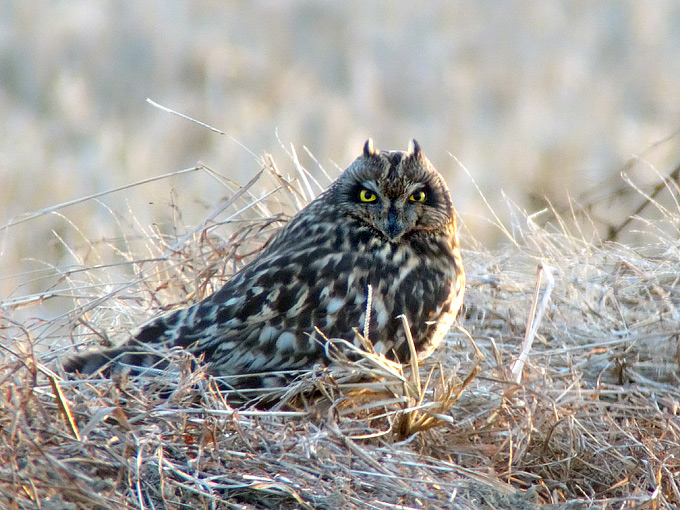 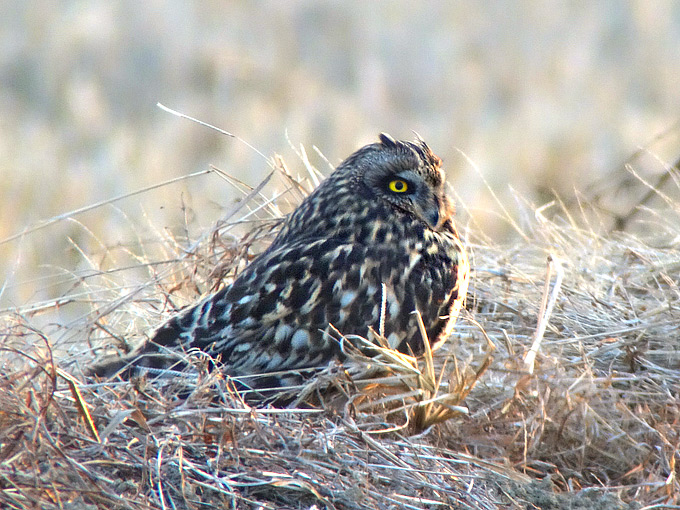 Bird News from Jason Loghry On Christmas Eve, a few colleagues and I decided to choose a site and have a bird race, or a “Big Day”. I chose the Junam area including the two nearby reservoirs. The weather was … END_OF_DOCUMENT_TOKEN_TO_BE_REPLACED Bird News from Jason Loghry Although the winters here can be cold and grey and at times dreary, some winter days are absolutely gorgeous. Today was one of those days. I had only a few hours in the afternoon so … END_OF_DOCUMENT_TOKEN_TO_BE_REPLACED

Birds News from Jason Loghry With a few hours free this afternoon I decided to have a quick walk at Junam Reservoir. It was clear and sunny, almost a perfect day. At my first stop, it was nice to see … END_OF_DOCUMENT_TOKEN_TO_BE_REPLACED

Bird News from Nial Moores and Jason Loghry In continuing settled, sunny and mild conditions (with a low of -1C and a high of +8C), a couple of hours at dawn and dusk at the Nakdong Estuary and the remainder … END_OF_DOCUMENT_TOKEN_TO_BE_REPLACED

Birds News by Jason Loghry Having a late start, the early afternoon sky was clear and winds seemed low. It was a typical day at Junam, with several flocks of Greater White-fronted Geese (300+) scattered about the rice fields mixed … END_OF_DOCUMENT_TOKEN_TO_BE_REPLACED