May 4, Eocheong
With the warmer weather continuing and apparently a ridge of high pressure feeding south-westerlies out from southern China, a few more birds in, especially in the afternoon, and 77 species were logged for the day. “Minor highlights” included a Japanese Grosbeak with a small group of Chinese Grosbeak still, a Hume’s Leaf Warbler, two Russet Sparrowtogether, four Eurasian Wryneck, , two Chinese Blackbird still, and nine species of bunting, all in breeding plumage, including four male Chestnuts, a male Yellow-breasted, a male Pallas’s Reed, several Yellow-browed and Tristram’s Buntings, and, best for the day two Yellow Bunting (the Cinereous Bunting of the East?). Lingerers included the three Marsh Sandpiper still, while new for the spring were two Crested Honey Buzzard and a Pechora Pipit. 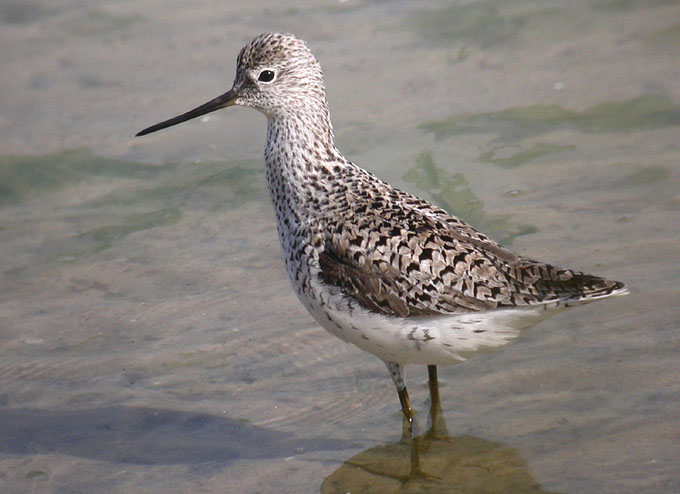 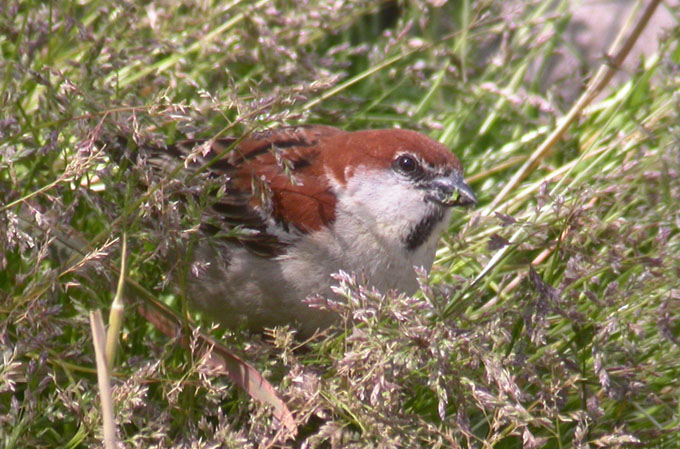 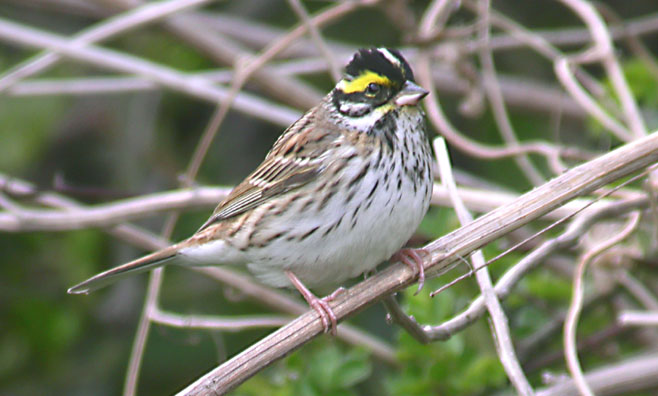 May 3, Eocheong
Milder, though rather poor still with only 69 species logged. Best were either one or two Russet Sparrow (one in the quarry, and one in the back-gardens, both before 7AM), a Japanese Grosbeak, a female Grey Thrush, two Red-billed Starling and a male Yellow-rumped Flycatcher (only the second here so far this spring).

May 2, Eocheong
Continuing cooler and quieter than expected, with personal firsts for the spring of Black-naped Oriole, Brown Shrike and Radde’s Warbler, though one visiting overseas birder did rather better with two White-breasted Waterhen and a Chestnut-cheeked Starling too…

April 29-May 1, Eocheong
The big storm of the 30th came and went, with very strong winds and several hours of thundery rain. Birds of most note from this system were a Black-winged Stilt before the storm hit; during the storm a Common Redshank and the spring’s first Sand Martin (yet another species apparently undergoing steep declines here); and on May 1st, the island’s second Pied Wheatear of the spring (this one a female), present for only 10 minutes or so the morning after…Other species of note on May 1st were a breeding-plumaged Chinese Egret, two Eurasian Wryneck and the extremely confiding White’s Thrush again…this time feeding for a couple of minutes before falling asleep on a sun-kissed bank.