April 21, Eocheong Island
With moderate south-westerlies/westerlies moderate and banks of cloud on through the day, a small arrival got underway. 67 species were recorded (the highest yet, though none numerous, and still more than 10 species fewer than during the same period in 2003), with personal firsts for the spring of Striated Heron (1), Oriental Scops Owl (2), Pale-legged Leaf Warbler (1), Siberian Rubythroat (3) and Siberian Blue Robin (4). Other species of note included the season high so far of Korean Bush Warbler (25), better views of the two Chinese Penduline Tit and the lingering Eyebrowed Thrush, and a Grey-headed Lapwing (second or third Eocheong record?) which apparently dropped in the evening ahead of the forecast rain.

April 20, Eocheong Island
61 species and only 431 individuals of all species logged (compared to 601 individuals of 77 species on April 20th 2003). Best for the day were the Pied Wheatear still (much showier than on 19th, though clearly spooked by the arrival of a big camera lens from the mainland!), a Citrine Wagtail (possibly the same, and remaining largely hidden for a couple of days?), a season high count of Pallas’s Leaf Warbler (15), a Latham’s Snipe seen briefly in the morning, and the Red-necked Grebe still. 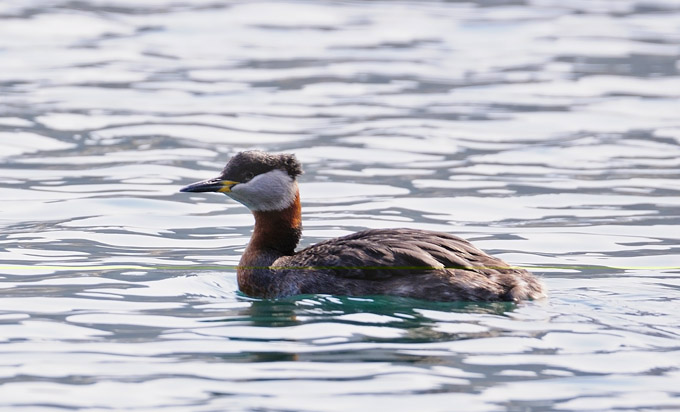