Had an excellent afternoon of birding at Hwapo Cheon. My target for the afternoon was to find another large flock of vultures.  Conditions were dreary but it felt like that kind of day when a birder could  find something interesting. Luckily, there was very little wind. Upon arriving at the park, I realized quickly that it was a weekend (lots of noise!) and that the large vulture flock was missing. Still, there were about 40+ Cinereous Vultures, but mostly in flight with only a few on the rice fields near the main area of the park. There simply seemed to be too much disturbance.  Regardless, I was able to find one tagged vulture in close proximity (tag labeled J6). About three Korean Magpies were on the field beside this vulture. They appeared quite rambunctious and seemed to be bullying the poor giant, at times pouncing on its back. Still, the vulture didn’t seemed bothered and remained near the roadside for the rest of the afternoon. Leaving the vultures I decided to get a closer look at the wetland. Most of the main stream was also disturbed, but after a short search around the park, I found a quiet spot that was full of birds. Here are the highlights: 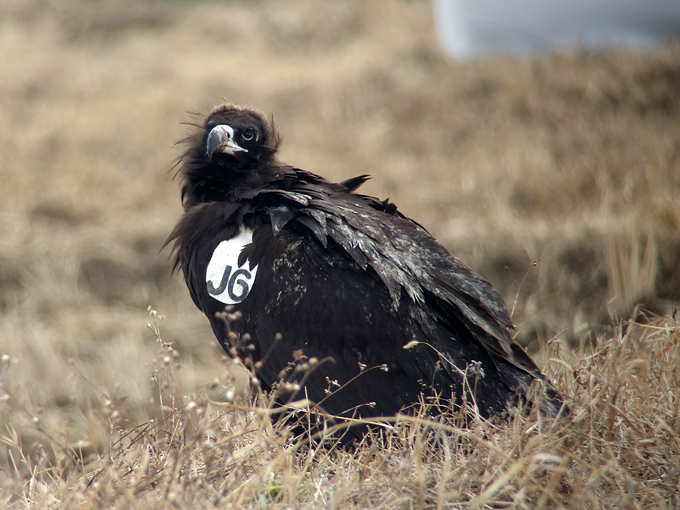 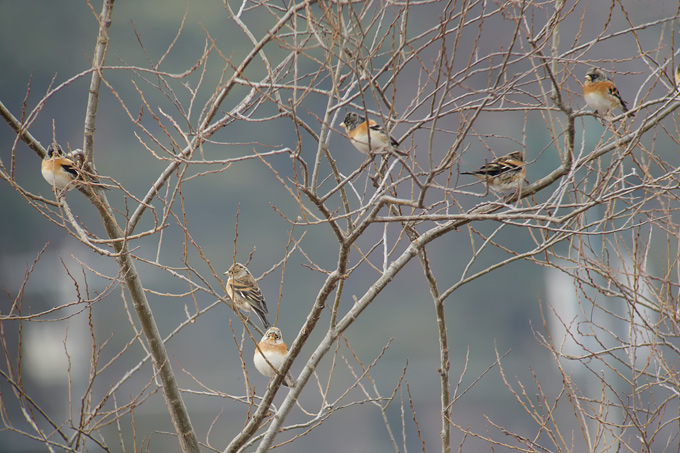 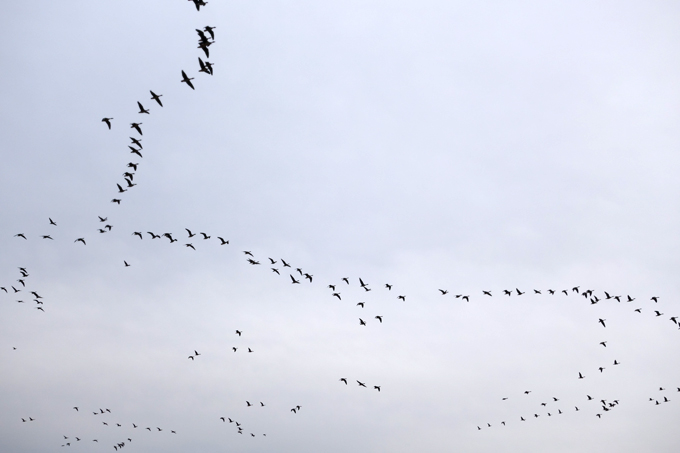 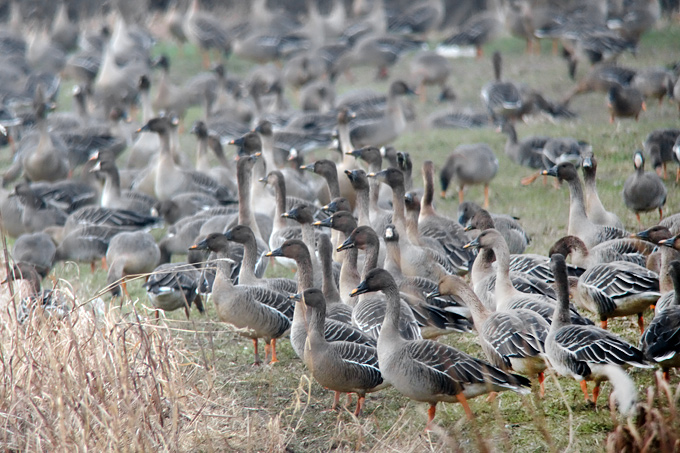 Some of the mixed flock of Bean Geese and White-fronted Geese, © Jason Loghry 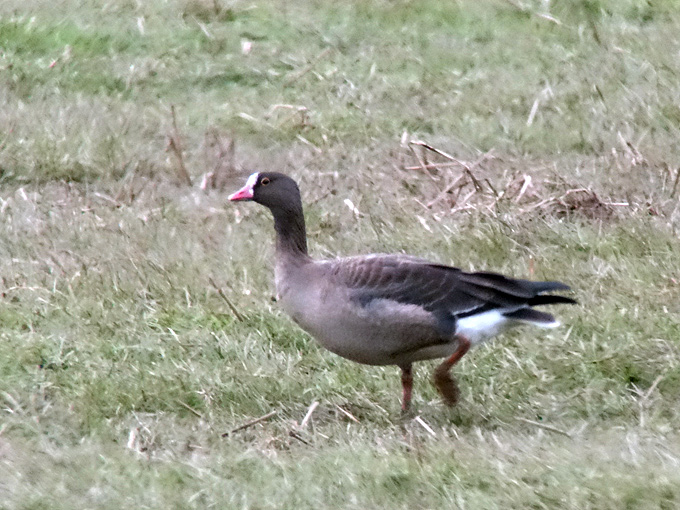 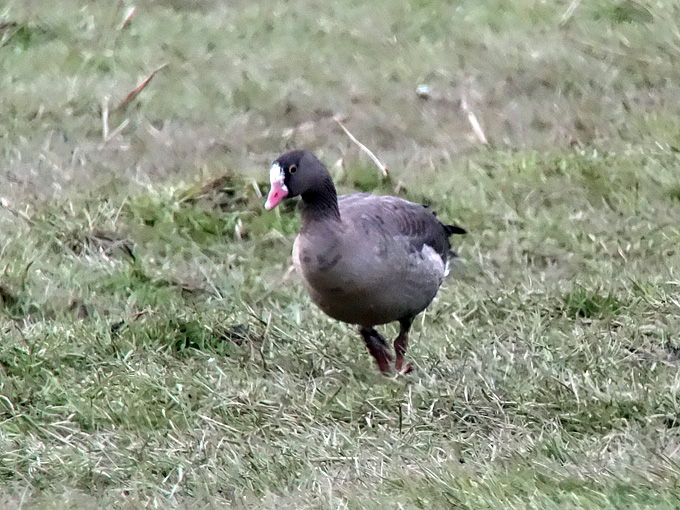