The Water Rail Rallus aquaticus has for several years been split into two full species by most authoritative checklists, including Gill & Donsker, on the basis of differences in plumage, structure, vocalisations and genetic studies. The names used by Gill & Donsker for these two species (Water Rail Rallus aquaticus and Brown-cheeked Rail Rallus indicus) are, however, rather unhelpful, as both species can have some brown on the ear coverts, and there are several easier-to-use identification features. As these English names have likely contributed to confusion over their identification, we recommend using the preferred alternative names of Western Water Rail Rallus aquaticus and Eastern Water Rail Rallus indicus, including in the next Birds Korea Checklist update. These two names are already in wide usage, and are also used in Brazil’s Birds of East Asia. The term “water rail” can then be reserved for a bird that has not yet been positively assigned to either Eastern Water Rail (which should be the commoner of the two in Korea, and is the only species at this time depicted in the Birds Korea gallery and in most photographic guides) or Western Water Rail.

In late November, a “water rail” was found and photographed at Namdaecheon in Gangneung City, Gangwon Province and was posted without comment on several blogs and websites. At this time, the initial finder’s name has still not been confirmed, as Namdaecheon is very popular with local birders and photographers.

By chance a link with images of this bird was sent to NM, who immediately identified it as a Western Water Rail based especially on the lack of barring on the undertail coverts, its “thin as a rail” structure, and its clean blue-grey and chestnut-rufous plumage tones. Additional features included the small-looking black centres to the upperparts (said to be larger-looking on the rather duller-looking Eastern Water Rail); and the lack of heavy markings or brown wash on the breast sides.

As this was a taxon that had not yet been claimed in Korea, and lacking recent experience of the species, NM forwarded the same URL to Paul Leader, a leading identification specialist with experience of both Western and Eastern Water Rail in Hong Kong (including the latter in the hand). PL had also earlier commented on images of a “water rail” found in Beijing in the winter of 2011 / 2012, posted on Birding Beijing (See: http://birdingbeijing.com/2012/02/17/eastern-or-western-water-rail/), helping to confirm it as a Western.

PL independently confirmed the identification of the Gangneung bird from the same images, stating by email: “Yes certainly Western Water Rail. The plain undertail coverts are diagnostic, but it also shows the classic combination of delicate structure and bill, and clean grey ear-coverts, throat and breast of Western Water Rail”.

Communication about the Gangneung bird then led to the discovery by Shim Kyu-Sik of an image of another Western Water Rail, this one photographed four years ago at Shihwa Lake (so on present knowledge, the first record for Korea). As Eastern Water Rail is a fairly scarce bird in the ROK, most individuals that show well are photographed. A review of all images of “water rails” would be helpful in assessing the status of both of these species in the ROK and in seeing if there are any records of Western that predate the one at Shihwa.

Comparison of a series of four images of the Western Water Rail in Gangneung with four in-the-hand images of Eastern Water Rails of different ages photographed by Paul Leader in Hong Kong show all the main features needed to confirm identification of the two species. 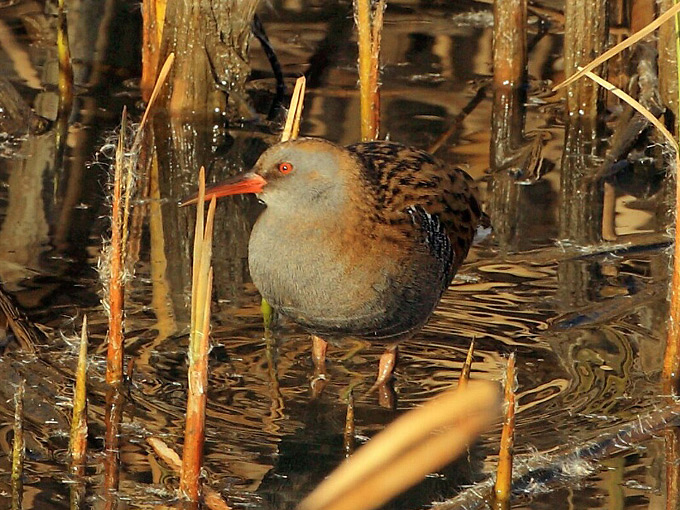 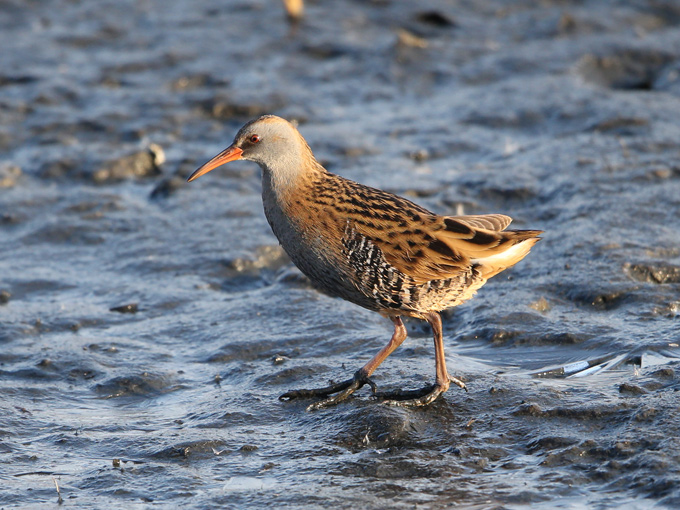 Figure 2: Western Water Rail Rallus aquaticus, Gangneung, December 2014. © Park Dae-Yong. Although only the side of the undertail coverts are visible in this image, they are clearly largely plain. 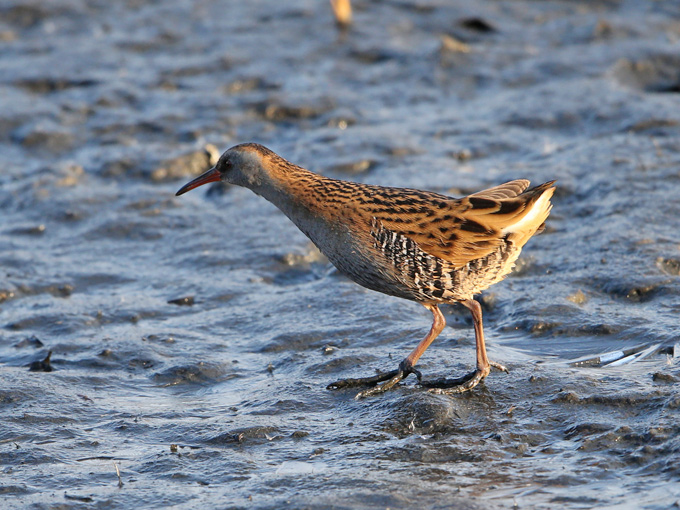 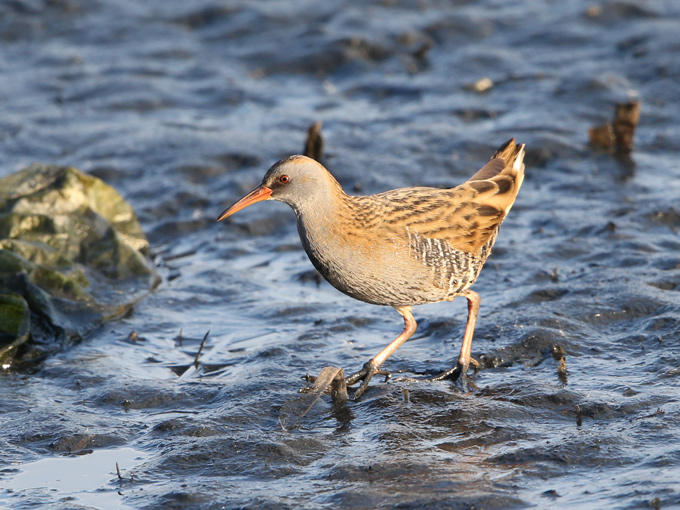 Figure 4: Western Water Rail Rallus aquaticus, Gangneung, December 2014. © Park Dae-Yong. Facing into strong light, the front of the supercilium and the throat can appear obviously paler, but still not as whitish as in some Eastern. 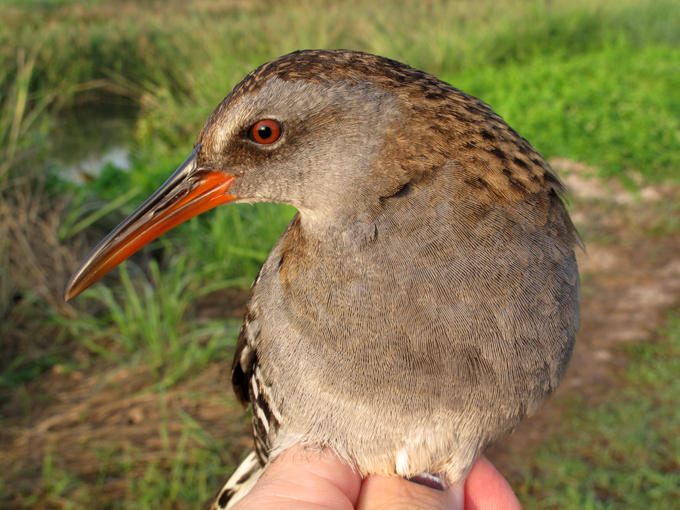 Figure 5: Adult Eastern Water Rail Rallus indicus, Mai Po, Hong Kong, November 29th 2011, © Paul Leader. Photographed at the same time of year as the Gangneung bird, this adult shows sullied grey-brown tones on much of the breast; and the head pattern appears more contrasting than Western, with more extensive brown on the ear coverts, a white or whitish supraloral, and a white or very pale chin and throat. 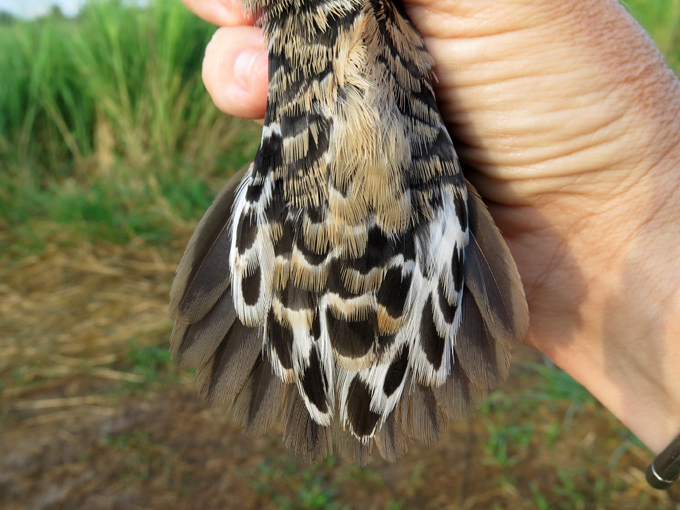 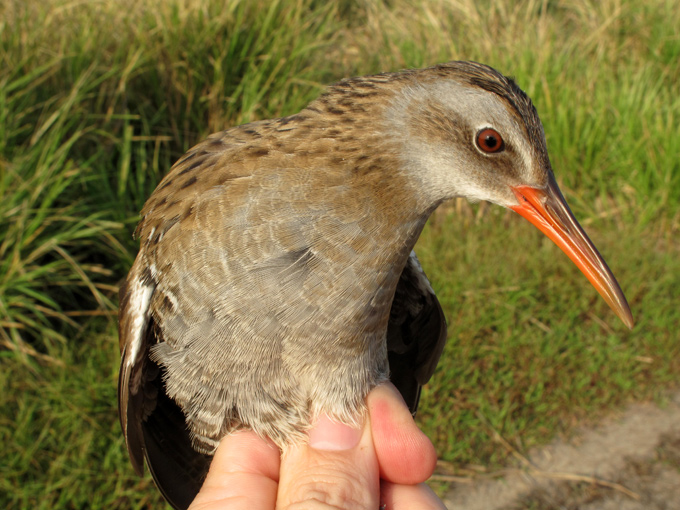 Figure 7: First-winter Eastern Water Rail Rallus indicus, Mai Po, Hong Kong, March 7th 2013, Paul Leader. This individual appears even duller than the adult in Figs. 5 and 6, with more extensive brown on the ear coverts and across the breast (almost forming a breast band). Like the adult, the forepart of the supercilium (the supraloral) as well as the throat is white or whitish. 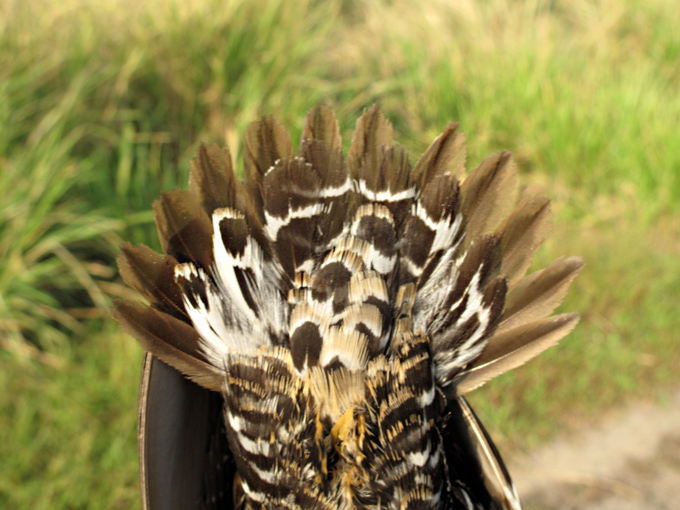 Our sincerest thanks to Mr. Park Dae-Yong, Mr. O Myeong-Seok and Mr. Paul Leader for permission to use their superb and instructive images; and to Mr. Ha Jung Mun for contacting several photographers in Gangneung to help prepare this online note.