A quick visit to Saemangeum for research by one of the UK’s leading environmental journalists / writers Mike McCarthy (e.g. Independent journalist and author of the wonderful book “Say Goodbye to the Cuckoo”) was memorable for the company, conversation and also contrast between the natural abundance of the tidal-flats in Seocheon (Geum Estuary) and the decay of Saemangeum with all of its vast dead-scape of grass, concrete and rust. 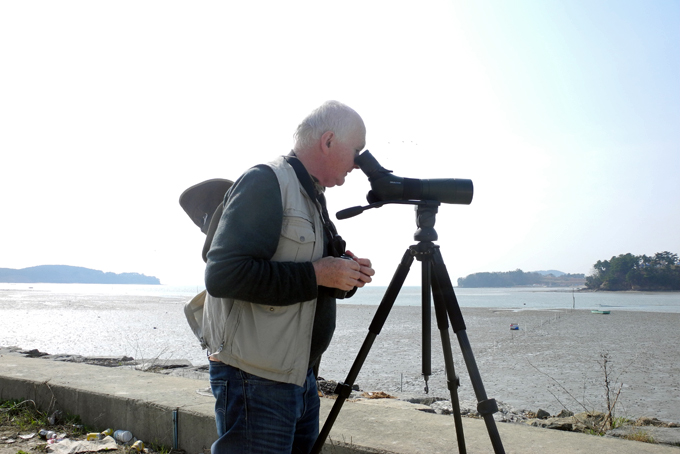 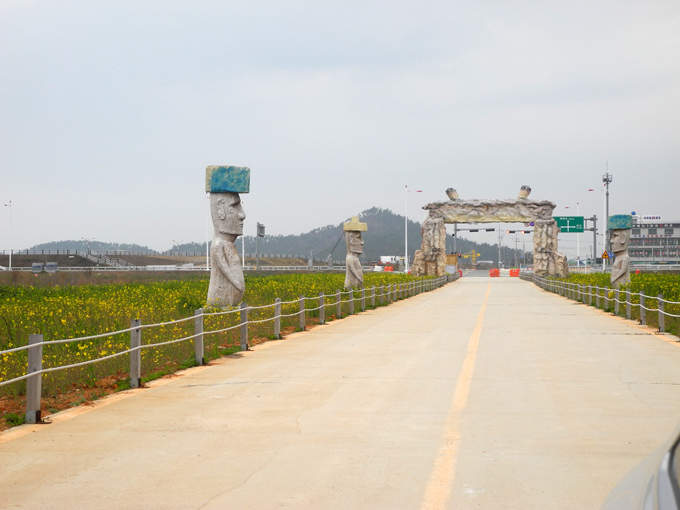 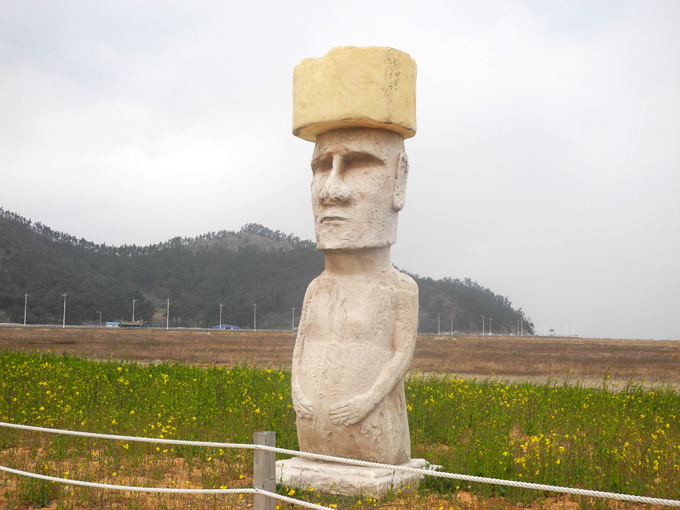 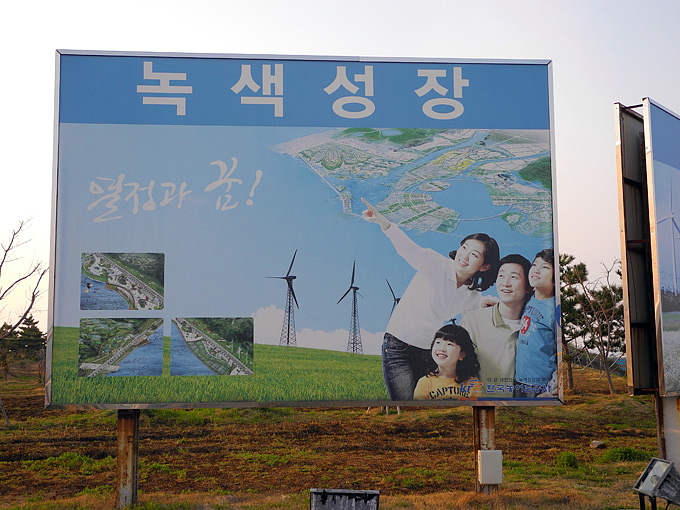 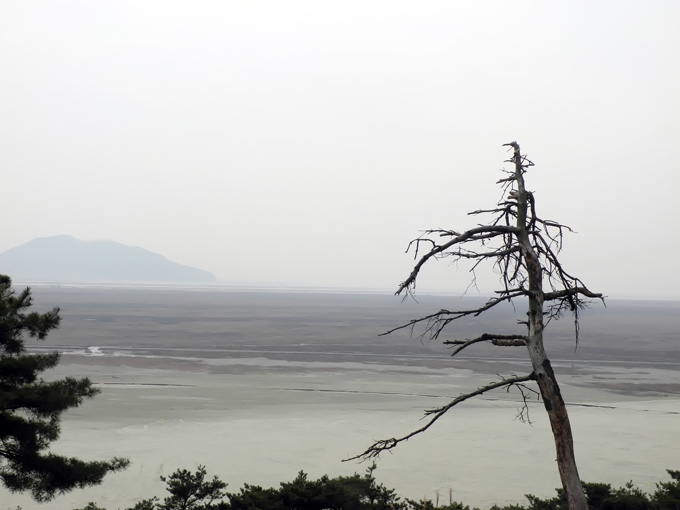 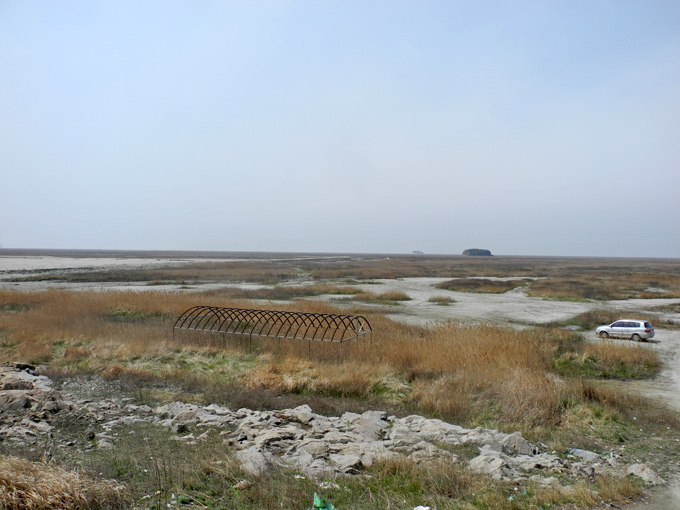 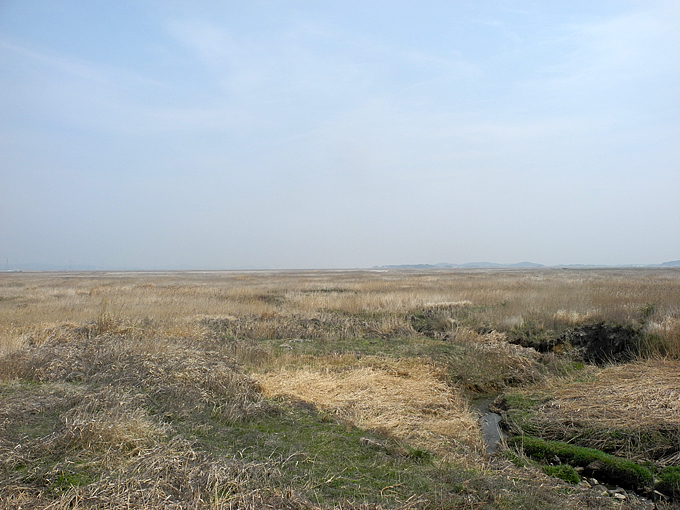 At low tide at the Geum barrage, a Common Starling (personally, a species encountered more frequently this spring than in any previous year) was the highlight, along with a scattering of Far Eastern Curlew. Bird life was much more abundant on the once-again-threatened Seocheon tidal-flats, with a high-tide roost there of c.13,000 shorebirds containing 2,000 Great Knot (globally Vulnerable), 2,500 Far Eastern Curlew (globally Vulnerable), 3,000 Dunlin, 500 Grey Plover and 5,000(+) Bar-tailed Godwits. Within the Bar-tailed flock, one menzbieri was detected in among the crowds of spring-plumaged baueri and also one striking leucistic bird: does anyone in New Zealand or Australia know this individual from the boreal winter? Also present there were 20+ Saunders’s Gull (globally Vulnerable) and at least four Swan Goose (globally Endangered).

We found many fewer birds in Saemangeum (where most time was spent along the outer seawall, visiting the various roadside “parks”, and at Simpo, in between the increasingly-canalized Dongjin and Mangyeung rivers). There were a few trucks road-building on former tidal-flats, but there appeared to be less construction activity than in most other parts of the country. Most of the tidal-flats are now covered in reeds and other grasses – a vast area populated more by Far Eastern Cisticola (dozens heard in song) than any “city of the future”. The only shorebirds we found were 40-45 Far Eastern Oystercatcher, a dozen roosting Far Eastern Curlew and a small squadron of Kentish Plover. More numerous were Great Cormorants (200+) and especially Greater Scaup with a single raft of 1,900 (fringed loosely by c. 15 breeding-plumaged Black-necked Grebe) out near the seawall. In among the scaup, a few smaller, darker-backed males seen at range, and one smallish-looking female caught wing-flapping – showing obvious contrast on the upperwing: Lesser Scaup or variation within Greater? Other birding highlight was a group of three Bohemian Waxwing seen dropping in at Simpo from up-high. 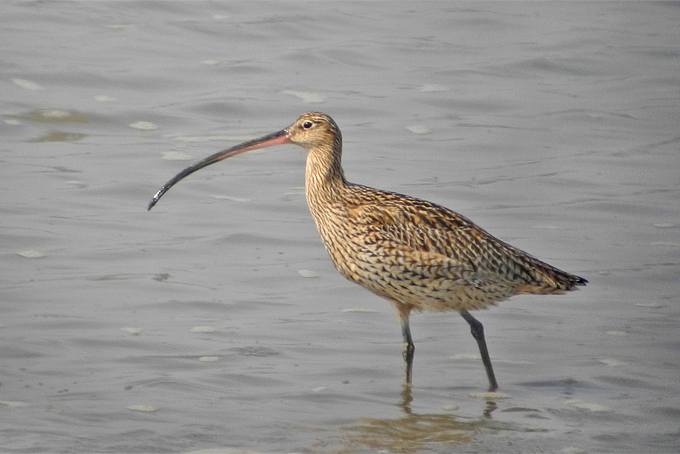 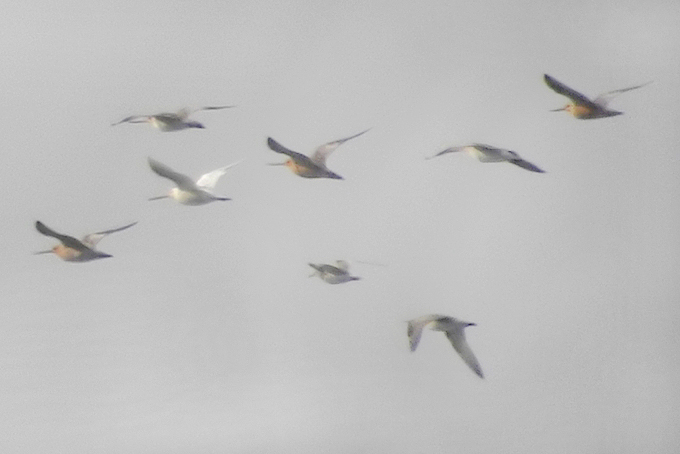 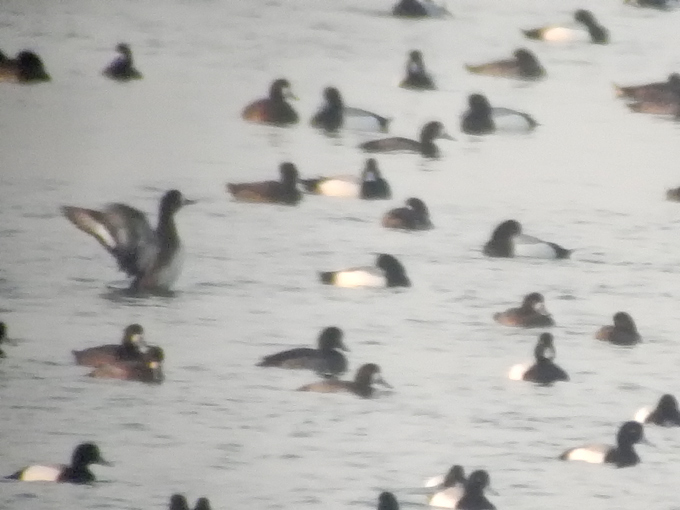 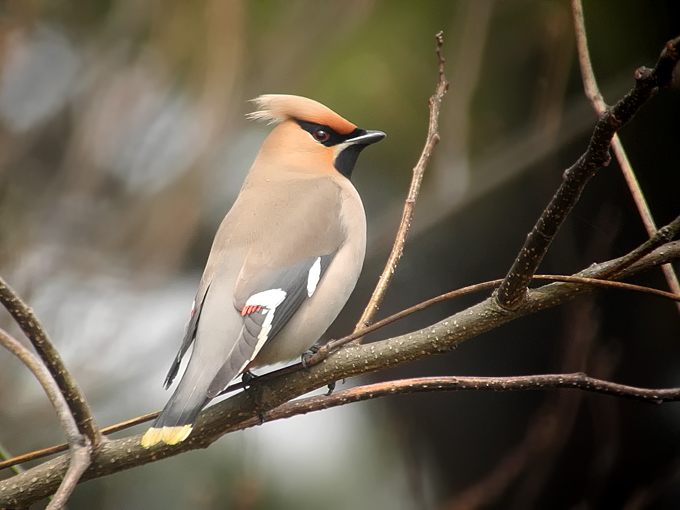