Back on southwestern Jeju, I encountered groups of 12-20 Red-flanked Bluetails at 4 different patches of coastal woods.  There were more males in the mix compared to Mara, and they were all feeding on sunny paths at forest edges.  Also notable on ‘mainland Jeju, one Japanese Quail, and a group of shorebirds made up of nine Kentish Plover, two Dunlin, and one Red-necked Stint.  Nearby, another Brown-headed Thrush was heard, and aWhite’s Thrush and personata Black-faced Bunting were seen.

On Saturday April 5th, in spite of a full day of birding in the hills, the most notable birds were encountered before I got out of bed – two groups of Ashy Minivets flew past my window during the early morning, heading towards Halla Mountain. 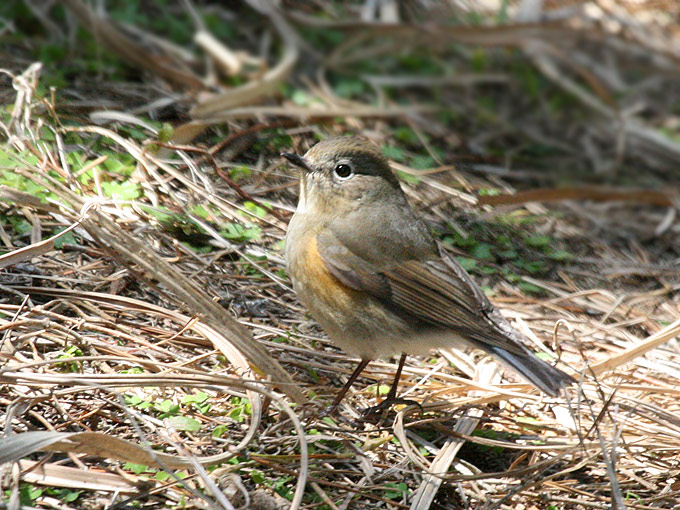