Gangneung and Donghae both have had significant snowfalls of over a metre in the past week or so, and Gyeongpo Lake was almost entirely frozen.

On the last patch of running water, nice views of Korea’s first confirmed Lesser Scaup (found a day earlier by Dr Moores and Co). At first difficult to differentiate, gradually its defining characteristics became more obvious- the velvet sheen to the dark head, the slightly smaller size, the defined patterning on the upperparts, the slightly scruffy look, the relatively smaller peaked head with barely discernible crest. like the suspected female of the species at Chungju last month, this one was also pugnacious, lunging at other ducks or trying to grab their food. Such aggressiveness could well be a consistent feature. 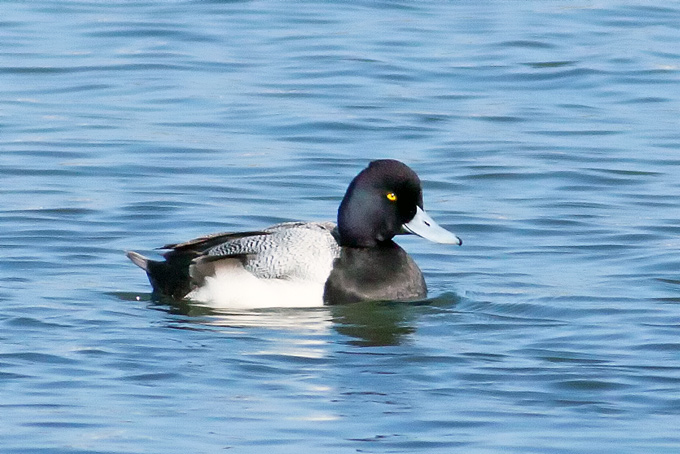 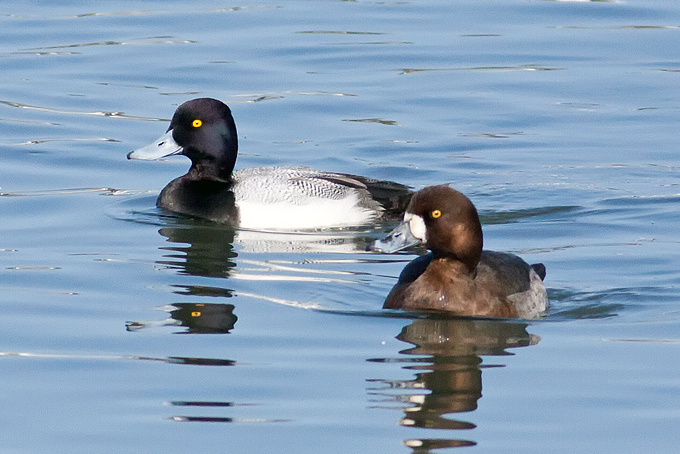 As well as numbers of Goldeneye and e.g. 33 Smew, it contrasted well with the many drake Greater Scaup, all of which showed a vibrant green tint to their larger, more rounded heads, with prominent forehead bulge and brighter blue bills. Also at these close quarters, the constant grating murmur of the females could be heard. 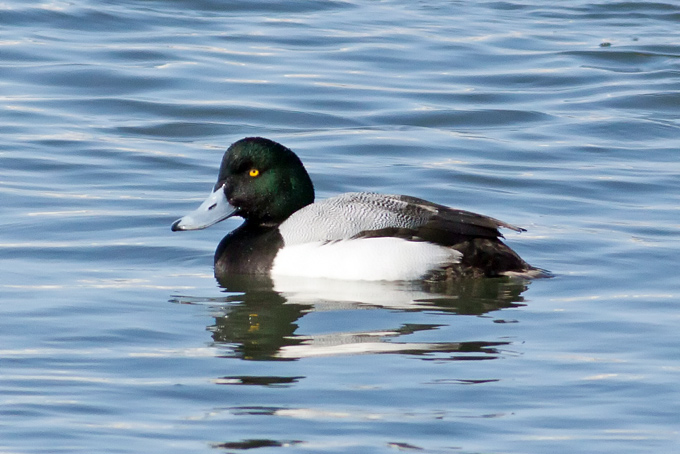